Skip to content
Lightlife Foods made a plea to the ‘food tech’ giants of plant-based meat sector to stop with their lab-grown, over fortified, and complicated products. They claimed that contrary to what can be said of their competitors’ products they make “clean” products that are “made in a kitchen, not in a lab”.

Recently, Lightlife foods released an open letter addressed to its competitors Beyond Burgers and Impossible Foods. In this letter, Lightlife foods President Dan Curtin tried to talk down on its competitors based on facts, which may or may not hold substance. This article further elaborates on the open letter and its contents as well as on the responses given by the addressed parties. 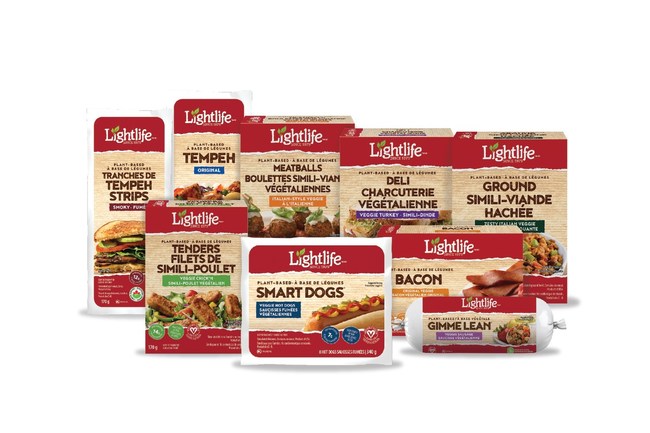 In this open letter, Lightlife Foods made a plea to the ‘food tech’ giants in the plant based meat sector to stop with their lab-grown, over fortified, and complicated products. This letter comes out as a clear attempt by Lightlife Foods to distinguish themselves in an increasingly competitive space. They have claimed that contrary to what can be said of their competitors’ products they make “clean” products that are “made in a kitchen, not a lab” and went further to call themselves as a “real food company”.

The letter was published in the New York Times and other recognized publications. Lightlife foods went as far as to state that the products offered by the aforementioned companies have an increasingly complicated ingredient list with foreign and complicated ingredient names. Moreover, they condemned the use of GMOs by these companies. As a response to this letter Beyond Burgers made a statement that Lightlife foods were not clear about the list of ingredients used to make Beyond Burgers’ products. They defended that Beyond does not use any GMOs, but rather that this was a crucial ingredient in their competitor Impossible Foods’ repertoire.

Ingredient choice vs merit of the product

Impossible Foods while answering to this defaming letter stated that the arguments raised by Lightlife foods have no solid grounds to stand on. Judging the merits of a food product by the length of its list of ingredients and whether the average consumer can pronounce these ingredients is lazy and unscientific. Impossible Foods slammed the letter as a “disingenuous, desperate disinformation campaign attempting to cast doubt on the integrity of our products”.

As an overall evaluation of this letter and the responses given that came from Beyond Burgers and Impossible foods, the open letter seems to have been more of a PR stunt that an awareness attempt towards consumers.

One genuine argument that Lightlife’s letter held was the use of GMOs by its rivals. But this argument, like the rest, is not completely rooted. It can only be true in the case of Impossible Foods. They have an ingredient called “leghemoglobin” which they claim has heme which gives that characteristic “meat-flavor” to their products. This is actually a naturally occurring protein in soy, but Impossible foods prefer its mass production through genetically engineered yeast fermentation. Their method leaves a much smaller environmental footprint. Also, the FDA confirmed Impossible Food’s flagship ingredient as GRAS – generally recognized as safe.

Taking all these factors to mind, if one were to make an educated guess, a common conclusion might appear to be that the open letter by Lightlife was more likely just a ploy to divert the consumers towards their own products and away from its rivals’.

1,204 thoughts on “Open letter by Lightlife Foods against Beyond Meat & Impossible Foods”